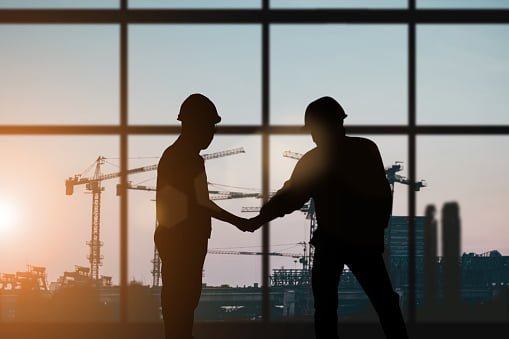 In the wake of the COVID-19 Pandemic, constant efforts at national and international level are being undertaken to build back the economy that has taken a beating. Various States in India have recently issued notifications and ordinances, allowing exemptions from the compliance with certain labour laws. The objective of such an exemption is to grant relaxations and flexibility to industries/firms, so as to help them in recovering from the negative economic effects of the Pandemic, especially the Lockdown.

Even though these Labour Law Reforms (“LLRs”) have attracted a lot of criticisms and it is being claimed that such labour laws are constitutionally invalid, the Article herein is aimed at explaining their constitutional validity. The Constitutional validity is determined on the basis of; Power/Competency of the Authority; and it being Just, Fair & Reasonable.

The Madhya Pradesh govt., through a gazette notification dated May 05, 2020 has amended the Industrial Disputes Act, 1947 granting certain exemptions for a period of 1000 days, such as from the provisions relating to conditions precedent to retrenchment of workmen, procedure for closing down an undertaking, penalty for lay-off and retrenchment without previous permission, etc, furthermore, exemptions are granted from provisions of the Factories Act, 1948 and MP Factories Rules, 1962 for a period of 3 months.[1] The State of Uttar Pradesh through the Uttar Pradesh Temporary Exemption from Certain Labour Laws Ordinance, 2020 (“Ordinance“), has exempted from compliance a majority of the labour laws for a period of 3 years.[2] While Gujarat had via a notification dated April 17, 2020 with effect from April 20 exempted all factories registered under the Factories Act, 1948 from various provisions relating to weekly hours, daily hours, intervals for rest etc., and the State of Rajasthan and Himachal Pradesh, have followed the similar path.[3]

Power of The State Governments to Repeal the Labour Laws

An Ordinance has the same force and effect as an Act passed by the legislature, and under Art. 213 of the Constitution the Governor is empowered to pass an Ordinance when the Legislative Assembly is not in session and when he is satisfied that the circumstances render it necessary for him to take immediate action.[4] Moreover, in the case of T Venkat Reddy v. State of Andhra Pradesh, it was held that the Ordinance making power of the Governor under Art. 213 is same as the legislative power of the State,[5] and in K Nagraj v. State of Andhra Pradesh it was considered as a legislative act of the Executive.[6] Even though, the Ordinance making power under Art. 213 of the Constitution is formally vested with the Governor of the State but in reality, it is exercised by the Council of Ministers upon whose advice the Governor acts.[i]  And, as the Labour laws are a part of the Concurrent List so the States have the power to repeal Central laws subject to approval of president.

In the present situation, there is an immediate need to revitalize the economy, which is at its all-time low due to the Coronavirus Pandemic. Almost every single industry has suffered enormous amount of losses as everything is closed. The LLRs announced by the State Governments through ordinance are made with the objective of revitalizing the economy by removing the procedural hurdles to attract investment.

The Ordinance passed is Fair, Just and reasonable

The next aspect of constitutional validity is that the law/ordinance shall not curtail existing Fundamental Rights. No fundamental conferred upon by the Part-III of our constitution is absolute.[7] All of these fundamental rights can be curtailed by the State by making a law imposing reasonable restrictions.[i]Art. 13(3) of the Constitution defines the word Law and it includes any Ordinance, order, bye-law, regulation, custom or usage having force in territory of India.[8] Thus, the Ordinances passed by the three states repealing the labour laws under Art. 213 of the Constitution comes under the ambit of the word Law.

The exemptions granted by the Various States are subject to certain prerequisites such as in Gujarat; A cap is placed on the working hours of the workers and a special cap for female workers, interval time for resting must be assured, and proportional wages are being assured;[9]in the case of Uttar Pradesh, Provisions pertaining to Safety and Security of Workers such as Section 5 of the Payment of Wages Act, 1936 (the right to receive timely wages), Maternity Benefit Act, 1961, Employee\’s Compensation Act, 1923, Equal Remuneration Act, 1976, etc. remaining functioning;[10]while in Madhya Pradesh, provisions pertaining to Safety,Hazardous Processes, wages for overtime), etc. remain unsuspended.[11]Thus, the LLRs are just, fair and reasonable.

Moreover, any kind of restriction imposed by the state through any law must be reasonable,[12]not be arbitrary or excessive in nature.[13] Mere factor that some hardship or injustice is caused to someone is no ground to consider the Law/Ordinance unconstitutional altogether if otherwiseit appears to be just, fair and reasonable and constitutional.[14]

Impracticality of the Labour laws

World Bank’s Ease of Business Doing Index (2020), the countries having a liberal labour law regime fared a lot better in attracting investment and generating jobs than the countries having a very stringent labour law regime.[15] According to Shruti Rajagopalan, a senior research fellow with the Oxford University, “The current Labour Law Regime is very stringent and outdated. They serve no interest for the employer or the employee and act as a deterrent for new businesses. The following reforms should have been done decades ago, even without COVID-19 Pandemic.”[16]

Moreover, such labour reforms are according to the demand made by the industry itself as the industry associations suggested to, “suspend the labour laws for the next 2-3 years except for provisions like minimum wages, bonus and statutory dues, to help the industry come out of the present crisis\”, and the India Staffing Federation has also supported the reforms by saying that, “it will propel faster growth and hiring, significantly allowing employers to increase opportunities for citizens.”[17] Goldman Sachs has predicted that India\’s GDP will at least contract by 5% in the fiscal year 2020-21 and brave measures are required from the government to rejuvenate it.[18]

Thus, the LLRs will liberalise the regulations and reduce the time and money spent on obtaining the regulatory approvals, it will attract new investment and help the present businesses which has crippled due to the pandemic, provide flexibility to the employers to protect existing jobs as well as to create new jobs for the returning migrants, and even help the industry to overcome the disruption caused by the present crisis.

Constitution as the protector

Art. 21 of the Indian Constitution provides right to life with personal liberty except the procedure established by law to all the person within the territory of India.[19] In the case of Maneka Gandhi v Union of India, the Supreme Court revamped the concept of Art. 21 and held that the Right to Life is not merely a physical right but includes within its ambit the right to live with human dignity.[20] The concept of Right to life with dignity was expanded by the Supreme Court in the case of Francis Coralie v Union Territory of Delhi, where it was held by the Court that, Right to life is not just restricted to mere animal existence but includes right to life with dignity and all that goes along with it for living a quality life such as the basic amenities of food, clothing, shelter, good health, free movement and the components of this right will depend upon the economic development of the nation.[21]

Furthermore, In the case of Bandhua Mukti Morcha v Union of India, by reading Art. 21 with Art. 41 and Art. 43 of the constitution Hon’ble Supreme Court said that Art. 21 includes protection  of the  health and strength of workers, facilities for children to develop in a healthy manner and in conditions of freedom and dignity, educational  facilities, just and humane conditions of work and maternity  relief.[22] And the Apex Court held in Olga Tellis & Ors v Bombay Municipal Corporation & Ors that, Right to Livelihood was included as fundamental right under Art. 21 of the Constitution.[23]

The major argument against the governments is that these LLRs will lead to exploitation of workers as their basic rights will be taken away by these reforms. However, the following argument is flawed because such basic rights have been conferred upon the labourers by the constitution itself. The ratio of the aforementioned cases casts such basic rights to them and it will continue to cast such basic rights to them. If someone is found violating them the aggrieved can approach the High Court or Supreme Court directly by invoking the writ jurisdiction of the courts.  Hence, the Constitution itself is present and acting as the Guardian of the Rights and Interests of the Labourers/Workers.

Thus, these LLRs are great step towards reviving the economy, which has taken a huge hit due to the COVID-19 pandemic as it will provide flexibility to the employers which in return will help the migrant workers to continue or regain their jobs. Moreover, these LLRs remove the unnecessary red-tapism which act as an hindrance for new investment and it will help to attract the companies moving out of china.  Even though the steps taken in form of the LLRs, may seem harsh to few, however they were the need of the hour. Moreover, from the above discussion we can reasonably conclude that the exemptions granted, are Constitutionally valid.

This article is authored by Aman Kadri and Alay Raje Student at Institute of Law, Nirma University.

All efforts are made to ensure the accuracy and correctness of the information published at Legally Flawless. However, Legally Flawless shall not be responsible for any errors caused due to oversight or otherwise. The students are advised to check an opportunity themselves before applying.