HomeLegal BlogsRestorative Justice and its application in India
Legal Blogs

Restorative Justice and its application in India 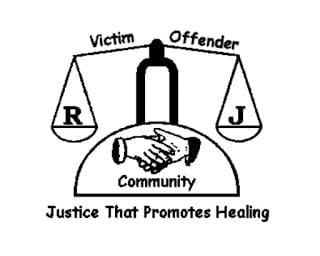 UNICEF defines restorative justice as an approach in which the victim/survivor and offender, and in some cases other persons affected by a crime, “participate actively together in the resolution of matters arising from the crime, generally with the help of a facilitator.”[1]
The restorative approach to justice gives utmost importance to the core subject matter of law, i.e the people involved. It refuses to see the parties involved as mere bystanders of the incident and justice as the product of a formula created by law. The delivery of justice in today’s world has almost become monotonous. This is to say that, if a person commits crime ‘X’ he is almost unmistakably charged with ‘Y’ punishment. What slips through the cracks in the justice system is more than the consideration of each individual party to the crime- it misses out on the possibility to reconcile social relations, to give a better learning opportunity to the offender, and for the victim to understand, forgive, and move on from the unfortunate occurrence.
In other words, this approach refers to any means and methods that help restore not just the victim, but also the offender from a damaged and demoralized state to one that helps them to be active and productive members of the society.

According to Howard Zehr, often-considered founding father of the concept of restorative justice; there are three main pillars to the approach. These pillars are based on the idea that crime is essentially the violation of people and interpersonal skills, and to correct a crime, is to correct the wrong done to these relations. The above mentioned three pillars are as follows:
1.Harms and needs
2. Obligation
3. Engagement of stakeholder.[2]
The first pillar looks into what was the harm done to the victim, alongside the consideration of harm that could have been inflicted on the offender that has caused them to commit the crime. The judicial, social and other relevant needs of all the parties are taken into account and they are not seen only as the parties to the said incident, but as individual beings, that have a past and a future.
Restorative justice has been widely and wrongfully understood as the mere forgiveness of the offender. However, the second pillar establishes that there is much more to it. A party that has committed the crime is allowed to analyze the harm they have caused, and further allows them to be accountable and take responsibility for their actions. Thus, it should be noted that restorative justice does not begin and end with a mere apology, but rather extends to the actions and obligations taken up to fulfill that apology.

The third pillar allows all affected parties to be involved in the process of attaining justice. It rightly allows family members, loved ones and members of the society to gain closure and knowledge of the incident, allowing the society to progress with compassion and bridge gaps in hurt relations.

Daniel Reisel, a researcher in the University of London in a famous TED Talk, talks about his research on psychopaths and dangerous prisoners, with regard to neurogenesis. He states that the approach of restorative justice, and the related programs implemented, “stimulates the amygdala and may be a more effective rehabilitative practice than simple incarceration,”[3]
Although it has been realised and recognised by many authorities that restorative justice is not a viable option for all, it most definitely is an approach that needs to be more widely implemented into the justice system. There are many reasons as to why restorative justice should be administered more; and most of these benefits can be broadly categorised as the advantages awarded to the offender, as well as the victim.
Though restorative justice may seem as an approach that is more favourable to the victim, it should be noted that it allows the offender to enjoy just as many advantages. To begin with, the offenders are allowed many alternatives to detention, such as restitution, counseling, community service, to name a few. Detention is usually only seen as a last resort. The offender is allowed to make personal relations with the victim and other stakeholders, to understand the consequence of their act, so as to make amends by taking ownership of the same, and fulfilling other obligations that would set right the wrong that was done. Studies have also shown that restorative justice has resulted in lower recidivism amongst offenders.
On the other hand, victims are unquestionably benefited through this approach. The victim is able to attain closure by understanding the circumstances that led the offender to commit the crime. This leads to a healthier, mental and emotional state of the victim, reducing post-traumatic stress disorder and revenge-based violence. The victim is given an opportunity to help decide the appropriate action to be taken against the offender.

Application of restorative justice in India

Krishna Iyer, J., once stated that,”It is the weakness of our jurisprudence, that victims of crime and the distress of the dependants of the victim do not attract the attention of law. In fact, the

victim reparation is still the vanishing point of our criminal law.”[4]Having said that, as a country that has deeply embedded values of Ahimsa and Satyagraha, India should strive to enforce restorative justice by all possible means.
Furthermore, it is well known that isolation has been directly linked to acts of violence.[5] This alongside many other shortcomings in the Indian prison system, such as torture, overcrowding, lack of adequate health and medical care; prove to be detrimental to the prisoners’ physical and mental health.[6] Therefore, instead of improving and rehabilitating the prisoner, he develops a much worse attitude than what he began with.
Given the loopholes, defects and disadvantages of the criminal justice system in India and; the advantages and long-term benefits of the restorative justice system on the other hand – it is imperative that the legal system incorporates more of the restorative justice approach as much as possible. Two areas where the scope of restorative justice can positively have a bearing on, are as follows:

In Re: Exploitation of Children in Orphanages in the State of Tamil Nadu vs. Union of India and Ors., it was held that, “The importance of rehabilitation and social re-integration clearly stands out if we appreciate the objective of the Juvenile Justice Act which is to foster restorative justice. There cannot be any meaningful rehabilitation, particularly of a child in conflict with law who is also a child in need of care and protection unless the basic elements and principles of restorative justice are recognized and practised.”[7] Thus, it is in accordance with the Juvenile Justice (Care and Protection of Children) Act, 2015 to implement restorative justice for the many reasons as previously stated.
Moreover, there are many parameters by which the juvenile’s brain may be differentiated from an adult brain. For instance, the prefrontal cortex does not fully develop until the mid-20s of a human life. This definitely contributes to the gap in logical decision control, impulse control, reasoning etc. Such factors should definitely be considered whilst determining the legal culpability of a juvenile[8]. Alternatives, that allow the juvenile to enjoy a second chance, and thus positively impact their moral development, are essential to the growth and development of the society in large.

In the case of domestic abuse, the perpetrator is usually a familiar face, i.e., an immediate family member, or a relative. In situations where the perpetrator is known to the victim, there is a greater need to engage in dialogue to help both the parties to understand each other’s stances and resolve the conflict brought about by the offence. It has been noted that restorative justice allows:
i. victims to be involved and work out an adequate response to the acts of violence;
ii. new standards and norms to be laid out for the community as a whole, based on the outcome of restorative justice meetings.[9]
It should also be acknowledged that considering the gravity and frequency of a domestic violence case, a victim may decide to take part in restorative justice, as well as be willing to prosecute the offender simultaneously.

Reformation of the legal system to keep up with the dynamic society and the changes that technology and modernization brings, is of the essence in dispensing justice. Though the criminal justice system has been religiously followed in India, it is high time that the India legal system accommodates restorative justice to a more increasing extent. Ergo, in cases where incarnation is a requirement, the authorities and parties in conflict should take all possible measures to see if a hybrid of both the justice systems may be applied.

Furthermore, the judicial system should be able to create more awareness amongst the society and its citizens, about the field of restorative justice. National websites, advice from legal counsels, etc play an important role in raising this kind of societal awareness.

[1] UN Basic Principles on the use of restorative justice programmes in criminal matters.

[5] JSTOR- Isolation, Powerlessness, and Violence: A Study of Attitudes and Participation in the Watts Riot

This article is authored by Lenity Thomas, student at Christ University, Bangalore