Everything you need to know about Income Tax Raids 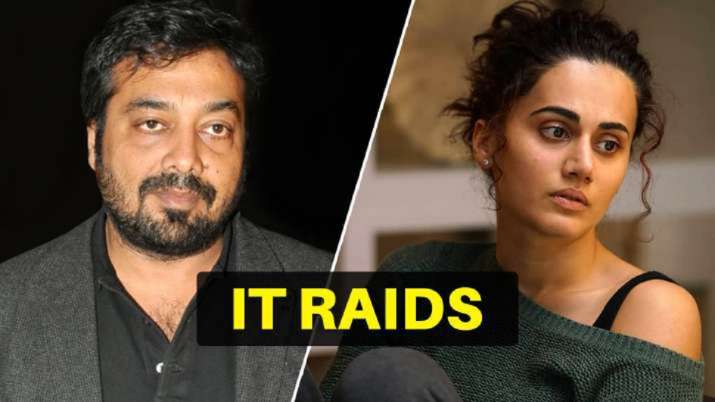 Since time immemorial, everyone tries to evade the tax payments be it a businessman, industrialist, or even an owner of a small retail shop. Especially in India, people not only try to show their income way more below what they actually earn but also use a fake document to claim tax exemption, try to bribe the authorities and most common among all of them is storing wealth outside the country. This is the reason why India is ranked 3rd on the Black Money list. According to the reports, around 22,000 crores of rupees are supposed to have been collected by the criminals for vested interests, though writ petitions in the supreme court estimate this to be even larger, at ₹300 lakh crores even after that the total amount of black money deposited in foreign banks by Indians is unknown. In India, black money is funds earned on the black market, on which income and other taxes have not been paid, it does not necessarily refer to Money as in currency only, it also involves Real estate, foreign currency, gold and jewelry, and other Movable or immovable property on which tax is avoided and funds earned illegally. So, to overcome this issue, Income Tax Raids play a major role. Income Tax Raid is one of the most crucial jobs that the Income-tax department possesses to check black money. It is one of the reasons tax authorities are known to minimize tax evasion as combating tax avoidance and tax evasion is one of the key practices conducted by the Income-tax department regularly.

What is an Income tax raid?

The Income Tax Department of India (ITD) is the apex executive agency responsible for the collection of direct taxes. It functions under the Department of Revenue of the Ministry of Finance and is headed by the Central Board of Direct Taxes (CBDT). The Income Tax Department of the Government of India is a leader in good governance as the primary function of ITD is to collect income tax and enforce various direct tax laws such as Benami Transactions (Prohibition Act) Act, 1988, the Black Money Act, 2015 and Power and Procedure for Income Tax raid (Search and investigation). The official search and survey operations undertaken by the income tax department are known as income tax raids. It is regarded as one of the most effective procedures to search and seize black money possessed by an individual or company. The Income Tax Department usually practices their right to conduct raids on whom they suspect is evading from tax or the one who is deemed to be in possession of any property or income belonging to another party that has not been disclosed. Moreover, in the event of non-declaration of assets, the chances of the income tax authorities conducting a raid on the taxpayer will be quite high. Income tax raids act as a legal move against corruption by the Indian government. Also, the Supreme Court of India has regarded it as a viable activity and complying with all rights as observed in the case of Pooran Mal vs. DIT (1974) that Section 132 of IT act and rule 112 of IT rules 1962 are not violative of Article 19 of the Indian constitution and it provides for reasonable restriction to article 19 of the constitution.   The government has taken various initiatives to discourage the hoarding of black money one being demonetization, but out of all options, income tax raids have proved to be the most viable option to curb illegal wealth.  It creates a fear in the minds of people and forces them to pay their taxes regularly.

How to file a complaint about income tax raids

The purpose of an Income tax raid to be conducted is to seize and curb illegal money. Sometimes it becomes difficult for the Income Tax department to track the black money. So, to encourage the people to report about the tax evasion and curbing the black money, the central board of direct taxes will give a reward of up to Rs 5 crore to any person who provides specific information about evasion of Income Tax on income and assets in India and abroad. Moreover, to make it easier to file a report The Central Board of Direct Taxes (CBDT) has launched an automated dedicated e-portal on the e-filing website of the Department to receive and process complaints of tax evasion, foreign undisclosed assets as well as complaints regarding Benami properties. Then the Income Tax raids are made on the basis of information available by the department’s investigation wing and after obtaining the requisite internal approvals.

Process of filing an e-complaint:

By this process, the complainants can file a complaint on a dedicated e-portal launched by the CBDT on its e-filing website.

The procedure of conducting a raid

When does a raid happen?

The primary purpose of the Income Tax Raid is to disclose Tax evasion and tax avoidance and unearthen the accumulation of Black money. When this process is conducted it creates an endless tension and inconvenience to the person being raided but there are some specific reasons which prompt the income tax authorities to conduct the raids. Some of the reasons that trigger the income tax raid are: –

Apart from all these reasons, the IT department can only conduct the raid if there are any summons issued u/s 131 or any notice issued u/s 142 of Income Tax Act or they have any reason to believe that the person possesses undisclosed assets. Moreover, in the case of Ram Kumar Dhanula vs. UOI (2001), Supreme Court ruled that even if the person is an NRI, his property can be raided if Income Tax authorities have reason to believe that there are any undisclosed income and asset.

Who has the power to conduct a raid?

We should make sure the identity of the officers who perform the raid is tested and verified before an income tax raid as a citizen concerned. As per the Section 132(1) of the Income Tax Act; the:

– May authorize any officer subordinate to him but not below the rank of Income-tax officer to conduct a search.

However, various other things cannot be searched and seized by the Income-tax department like:

One of the most memorable Income tax raids in the history of India is of 1981 on the house of a businessman and Congress MLA Sardar Inder Singh in Kanpur. It is regarded as one of the longest raids carried out in history, with 90 experienced officers under the leadership of the then Income Tax Commissioner of Lucknow, Sharda Prasad Pandey along with 200 police personals present for the safety of the IT officials. Any income tax raid can last only for a maximum of 48 hours/ 2 days but interestingly, this raid went on for more than 18 hours. Based on similar events a film named ‘Raid’ starring Ajay Devgn is also made.

Recently, the Income Tax department raided 30 locations in Mumbai and Pune. Searches were conducted at the homes and offices of Taapsee Pannu, filmmaker Anurag Kashyap and others, including Reliance Entertainment group CEO Shibhasish Sarkar. As per the Income Tax Department, Irregularities worth crores of rupees have been found in ongoing raids on filmmaker Anurag Kashyap, actor Taapsee Pannu, and others. According to tax officials, their searches so far have found issues with ₹ 5 crores in cash received by Ms. Pannu and ₹ 300 crore income by Mr. Kashyap\’s former production house among other problems. The main reason for the searches is the tax evasion probe against Phantom Films. According to Finance Minister Nirmala Sitharaman, the same persons were raided in 2013 as well, but no issue was made out then as it is being done now.

Generally, people are afraid of Income Tax Raids due to a lack of proper knowledge and complicated law but the one who is diligently reporting his income and paying his taxes should not be afraid of it. Also, the Supreme Court of India through the case of MP Sharma vs. Satish Chandra (1954) makes sure that there are safeguards to ensure that raids are not misused in any manner whatsoever, one of them being that permission is sought from the highest officers of the department. An individual can lawfully avoid the income tax raid by being compliant in terms of responding to summons and notices sent to him by the department and also refrain from keeping undeclared money and property. Even after the raid if an individual feels like that the raid conducted by the Income Tax department was unlawful or unfair, then he/she can file a petition before the High Court and they can also challenge a raid and appeal before the commissioner of Income Tax. Apart from all of this, a citizen must ensure that all taxable or non-taxable income, as well as wealth, is fully disclosed when filing income tax returns, and proper information is collected by the Income Tax department with regards to the declaration of any income or wealth that is exempt from tax. After the raid, the person should not involve any malicious activities as the authorities can re-conduct assessment for the six years before the conclusion of the raid for any reason it deems fit.

This article is authored by Vibhor Jain, Student at Government Law College, Mumbai.