Challenges based on Non-Binding Arbitration Agreements 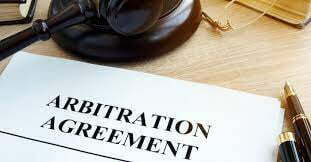 As per the provisions of the Information and Technology, Act[5]the digital signature holds the same legal value as that of the original signature. Moreover, there is a distinction between electronic and digital signature where an electronic signature requires basic identities for instance signature on the photograph was in the digital signature has one or two fold encryption.  Either or both forms of signatures are valid and have the same value as that of a physical signature which depends upon case to case basis. Moreover, the digital form of arbitration is in vogue specifically for B2B (Business to Business) transactions. Moreover in India under section 65B of the Indian Evidence Act, 1872[6]any document which can be shown as evidence under the Evidence Act (which generally covers most of the parts of evidence) or any kind of electronic records whether they are computer-generated etc are admissible in the court of law. However, the practice was not much widespread in India but in Re Shakti Bhog Food Limited vs. Kola Shipping Company[7]it was held that the arbitration agreement entered into the parties via e-mail is valid and is enforceable in nature. Moreover, as the world has moved over to the digital platform during the Co-Vid 19 crisis, more relaxations are to be expected with respect to such forms of agreements pertaining to arbitration as even the court proceedings began to be conducted via online means which pre-pandemic era was not expected until upcoming 5 to 10 years.

Lastly, the question is regarding the validity of the arbitration agreement with respect to faulty stamps or compliances are valid or not. In the case of SMS Tea Estates v/s Chandamari Tea Co.pvt Ltd[8]it was held that an arbitration clause contained in an unstamped contract is not valid and unenforceable until and unless the insufficiency is removed. The stance with respect to English and Indian law was similar until the said precedent was overruled in the case of M/s N.N. Global Mercantile Pvt. Ltd. Vs. M/s Indo Unique Frame Ltd. & Ors[9]and it was held that the arbitration agreement upon an unstamped or upon a deficiently stamped instrument is valid and enforceable as it is an independent contract.