Anti-Conversion Law of Uttar Pradesh and the Special Marriage Act 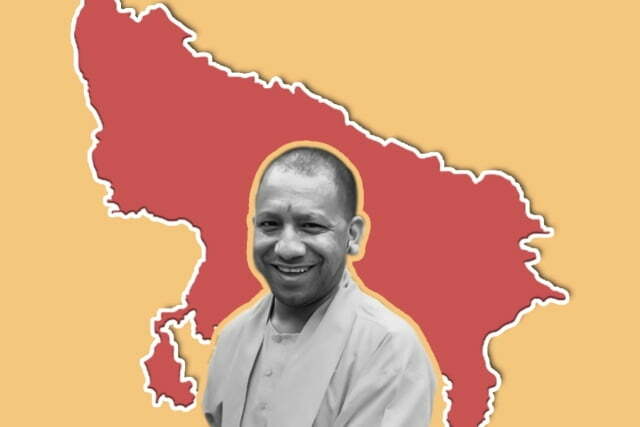 “If an adult marries as per his or her choice and decides to convert, there could be no interference in the matter”, Calcutta High Court. There is also an Act under the Indian Constitution called ‘Special Marriage Act 1954’ which allows inter-religious and inter-caste marriages in India. It gives consent to the individuals to solemnize their marriage through a civil contract and no other religious formalities are required, but sometimes the actions of government authorities for fulfilling their agendas cause great damage to this rapidly changing society and also makes negative influence on the people. The Anti-conversion law of Uttar Pradesh contradicts the provisions of the special marriage Act 1954 of the Indian Constitution.

What the Law is all about

The Uttar Pradesh Prohibition of Unlawful Religious Conversion Law 2020 prohibits any unlawful conversion from one religion to another by misinterpretation, force, undue influence, coercion, allurement, or by any fraudulent means or marriage. This law is also known as Uttar Pradesh Vidhi Virudh Dharma Samparivartana Pratishedh Adhyadesh, 2020. This newly passed Act prohibits every person who willingly converts or attempts to convert from one religion to another “It is to be noted that any person who reconverts to his or her religion then this won’t be considered as conversion under the law”.

●     The accused is liable to pay compensation which may extend to Rs. 500000 to the victim of the said conversion.

●     If any organization or institution is caught involved in such conversion then the head of the institute will face a jail term according to the above-mentioned criteria and the possibilities are also there that the registration would also be seized.

●     The offense is cognizable and non-bailable.

This law helps in widening the rage of communalism in India. The law is antithetical to the freedom granted by the provision in the Special Marriage Act. Under this Act, people belonging to two different sects or religions get married under the provisions of the Special Marriage Act. If there is any hidden criminal intention under the garb of marriage the victim can knock on the doors of the court and can get legal remedies according to the court of the law. There are various provisions under the Court of Criminal Procedure that criminalize any of the unauthorized acts within the marriage. There was no need to make an excessive law in the name of protection from unethical conversions. This law disturbs the harmony amongst the communities and promulgates communal hatred. The primary contention raised is that the decision of marriage lies within the core zone of privacy of individuals. The state, society, and even the laws have nothing to do with the personal decision of any citizen. This breach one’s fundamental rights under Article 14 (Right to Equality), Article 15 (Prohibition of Discrimination on Grounds of Religion), Article 21 (Right to life), and Article 25 (Freedom of the Conscience).

Dr. Ambedkar has said in his seminal essay “Annihilation of Caste”, prescribed inter-caste marriage as the real remedy for the abolition of caste. UP does not need a new anti-conversion law but India needs a strong special marriage Act. This law discourages the action of marriage between two consenting adults of different faiths and also fiercely dissents with the provisions of the Special Marriage Act. The Act accepts the plurality and diversity of India while the UP’s ordinance narrows the broad sense of the Special Marriage Act. An adult individual’s right to marry a person of his choice is a fundamental right enshrined in the Indian Constitution under the Special Marriage Act and cannot be encroached by anybody irrespective of caste or religion.

The above-mentioned ordinance assumed a ‘tone-deaf’ position to the various previous judgments of the Supreme Court and High Court. In 2018 the Supreme Court iterated that “how Hadia chooses to lead her life is entirely a matter of her choice” the court emphasized the broad sense of personal liberty.

Wajid Khan and Ramya: – Recently, the Allahabad court further ruled that every young man and woman has the right to choose their spouse according to their choice.

We can observe that this ordinance merely serves a political purpose and is motivated by communally divisive agendas of politicians for their vote banks. This prevents individuals from exercising their rights safeguarded under the Special Marriage Act. In the Indian Constitution, there are enough laws that deal with criminal conspiracy within a marriage. Politicians need not waste their time on making unnecessary laws and diverge the attention of the public from important issues. Indian society desperately needs to reform widely. The essence of the Indian Constitution lies in the acceptance of cultural diversity and pluralism. Only making laws, giving verdicts, and providing an insight into morality would not ameliorate the situation. Courts must take the initiative and make sure that their judgments help people to think widely and wisely.