“The plaintiffs have abused and misused the process of law which has resulted in waste of judicial time.”

Famous Bollywood actress and environmental activist, Juhi Chawla along with social workers Veeresh Malik and Teena Vachani, moved to the Delhi High Court against the setting up of 5-G wireless networks across the country. The suit which was filed through advocate Deepak Khosla raised concerns about the impact of increased radiation on lives. The matter was heard by Justice J.R. Midha on 2ndJune, 2021. The judgment was delivered on 4th June,2021[1].

“Any sufficiently advanced technology is indistinguishable from magic”-Arthur C. Clarke. Truly enough, the presence of technology in today’s times is no less than magic. It has been on an ever-increasing spree. Everyday newer technology evolves with features which are even better than earlier. However, what accompanies this is an increased threat towards nature, life and healthy existence. This is what forms the crux of the plea filed by Juhi Chawla before the Delhi High Court.

The suit was filed under Section 91 of the Code of Civil Procedure (hereinafter‘CPC’) read with Order XXVII-A and Order I Rule 8 of the CPC. 5-G is the next generation of mobile networks succeeding 4-G. 5G enables a new kind of networking, designed to connect virtually everyone and everything[2]. It would not only ensure a speedier network but also make the Internet of Things a reality by making cars, homes and about everything smarter. However, this easier way of getting things done will also be accompanied by a potential to harm the living habitats of the world. As per the plea, Juhi Chawla claimed that rolling out of 5G would expose men, women, children, flora and fauna to continuous 24×7 RF radiations which would be 10X or 100X times stronger than the present day scenarios. These radiations can trigger irreversible effects on humans and permanently damage the natural ecosystem of the world.

Being a vocal environmentalist on issues of EMF radiation, Juhi Chawla approached the court against stopping the rollout of the 5G plan in the country without proper trials and information about the safety of nature. The plea was filed against ‘wrongful acts’ of the Government. The plaint read-“This suit will reveal a complete sell-out by the regulatory agencies who, statutorily, have been tasked to protect the health and life of the public, but whose actions reveal an utter derogation of their statutory duty to advance private interests“[3]. The plea also made note of Brussels which became the first major city in the world to halt any progress with regards the 5-G rollout, owing to concerns raised regarding the harm to the environment.

The hearing of the matter took place on 2nd June, 2021. The matter was presented before Justice J.R Midha. However, the way it unfolded in a very, what can be termed as ‘Bollywoodish’ fashion, captured a lot of attention and raised a lot of questions. Owing to COVID related restrictions, the hearing took place virtually. The first plaintiff, Juhi Chawla circulated the link for the virtual hearing through her social media accounts. She posted a video on all her social media accounts asking her fans to support her in this fight for a safer environment by joining the live virtual hearing. This resulted in a huge surge of random spectators joining in the virtual hearing just to spot their ‘favorite Bollywood actress’.

The hearing was disrupted several times with people making random comments. The moment, the actress logged in, someone started singing songs from her hit movies including “meri banno ki aayegi baraat” from “Aaina”. Justice Midha immediately requested the intruder to mute himself, however the person continued to sing “lallalhothon pe gori kiska naam hai”, a hit Chawla song from the movie Naajayaz and “ghoonghat ki aad se Dilbar ka” from another of her blockbuster film, Hum Hain Rahi Pyaar Ke. Following this, Justice Midha got fairly miffed with the repetitive intrusion and asked his court official to file an official complaint with the Delhi Police while immediately issuing a notice of contempt of court.  The normal hearing could only be resolved after the intruder causing disturbances was removed from the virtual video conference. During the proceedings of the hearing, the counsel, appearing for the Centre, said that the 5G policy did not fall in the category of public nuisance and it was not prohibited in law.

The counsel representing private telecom companies said that launching of 5G technology is a policy of the government and as it is a policy, it cannot be a wrongful act[4]. After hearing all the parties, Justice Midha delivered the judgment on 4thJune, 2021.

“It appears that the plaintiffs have filed this suit to gain publicity which is clear from the fact that plaintiff No.1 circulated the video conferencing link of this Court on her social media accounts, which resulted in the repeated disruption of the Court proceedings.”

The High Court dismissed the suit labeling it to be ‘defective’ and ‘vexatious. The court termed it as an abuse of the process of law and wasting the court’s valuable judicial time. It was held that the plaintiffs had no clear knowledge of the risks and hazards involved with rolling out of 5-G, which are raised in the plea. The judge further asked that why the plaintiffs did not approach the Government before approaching the High Court. The Government was not even made aware of the concerns. The plea was rebuked on the grounds of as a means of gaining publicity by the first plaintiff, who shared the link to the virtual hearing publicly on all her social media accounts. The sharing of the link resulted in repetitive disruptions during the court’s proceedings.

Moreover judge also ordered the Delhi Police to identify the intruder and issue show cause notice to him. The court imposed a fine of 20 lakh rupees on the plaintiffs, for abusing the process of law and also directed them to deposit the remaining court fee amounting to Rs.1,95,594/- within a week, failing which the registry shall recover the amount directly from the plaintiffs. The fine was to be deposited to the Delhi State Legal Services Authority (DSLSA), to be utilized for the cause of victims of road accidents. Furthermore, Justice Midha also strongly rebuked the suit for being rife with defects. He quoted observations of Justice Rajiv Sahai Endlaw, of another judgment, noting that the observations were aptly applicable to the present case.

“This is a classic textbook case of, how not to draft a plaint, which should be taught in law colleges and to young lawyers so that such bloopers in the drafting of pleadings, damaging to one’s client, are avoided”. The court pointed out several deformities in the suit, which made it “stuffed with unnecessary, scandalous, frivolous and vexatious averments”[5].

Defective pleading means any pleading which fails to conform in form or substance to minimum standards of accuracy or sufficiency. The Delhi High Court termed the suit filed by Juhi Chawla as a defective plea. The reasons for the same are numerous. Firstly, the plea enlisted 33 defendants. This goes contrary to Order I Rule 3 of the Code of Civil Procedure, which enlists conditions for joinder of parties as defendants. Furthermore, the plaintiffs have joined several causes of action, not per Order II Rule 3 of CPC. The plaint had reproduced all the documents, as against Order VI Rule 9 of CPC, which states no content of documents, unless material shall be revealed in a plaint.  Pieces of evidence were also incorporated in the plaint, much against provisions of Order VI Rule 2(1) of the CPC.

It was observed that the plaintiffs did not have any personal knowledge of the issues raised in the plaint. The whole suit was based on mere legal advice and information gathered from several sources. Such a suit is not maintainable before a court of law. The judgment also pointed towards Section 34 of the Specific Relief Act, 1963. It states a person entitled to any legal character can institute a suit against another person who denies or is interested in denying his rights. Ironically, the plaintiffs in the present case never approached the Government with their concerns. Thus, there was no opportunity for the defendants(the Government) to respond to the concerns. Moreover Section 39 of the Specific Relief Act, 1963 states twofold requirement criteria- firstly existence of an obligation of the defendants towards the plaintiff and a breach thereof. In the present matter both these requirements were not fulfilled. The plaintiffs also erred in not providing a mandatory notice required for a suit filed under Section 80(1) of the CPC[6].

Apart from these technical fallouts, the entire suit was also marred with logical fallacies. The plaintiff who is a famous Bollywood actress invited all her fans to join the hearing to support her. The hearing, as a result, was disrupted multiple times with intruders singing songs from her movies. This raises a very pertinent question. Whether the plea was genuinely public-spirited? The answer seems to be negative.The plaintiff’s circulating the link of the virtual hearing is indicative of the underlying motive of gaining publicity. This in itself is a mockery of the process of law. The continuous interruptions dented the sanctity of a judicial hearing.

At a first glance this incident may seem an isolated one of a kind, however on deeper analysis one comes face to face with the prevailing frivolity of Public Interest Litigations. The system of Public Interest Litigation was evolved to make justice more accessible to the ones who can’t approach it. This system has been sufficiently abused by people, which not only wastes the valuable time of courts but also raises doubts on the esteem of the judicial system. Is it that easy to divert the attention of the highest bodies of protection of law and justice from more important and prevailing matters? On a positive note, it is remarkable that the court imposed a fine of 20 lakh rupees on the plaintiffs for filing a frivolous suit. This does send out a message that the court will not tolerate such things, but only at the cost of wasting precious time of the court when things are already bad the way they are.

At a time where piles of cases are pending to be heard, so many aggrieved awaiting justice, why was it necessary to entertain a frivolous publicity stunt in the garb of larger public interest? This is where the current judicial mechanism of this country lacks. There need to be stricter mechanisms to decide whether a suit deserves the time and attention of the court or not. Not every suit shall be allowed a hearing. It is high time we take note of it and ensure that justice is reached to the ones actually deserving it. 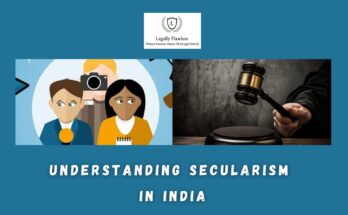 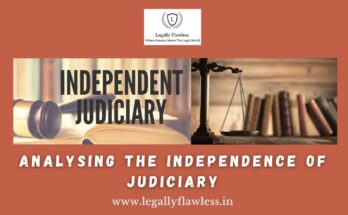 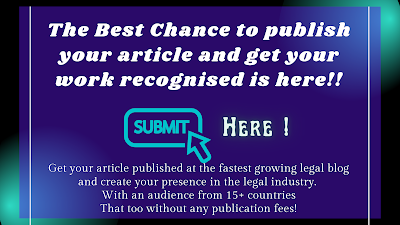